The new score system for gloves 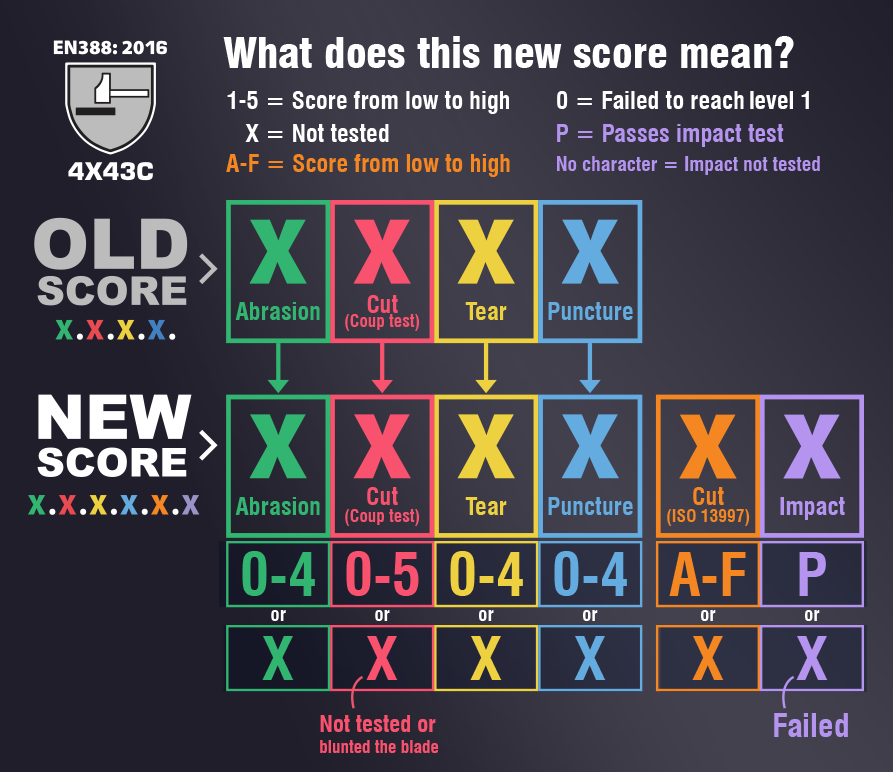 The previous EN388:2003 glove score was a 4-digit number with a maximum score of 4544. The second digit in this number is the cut score, with 1 being the minimum and 5 scoring the highest.The addition of the new letter is due to inconsistencies in the old cut test when a blade was blunted by the test sample, as this was deemed to no longer give an accurate cut protection level for gloves that blunt the test blade. 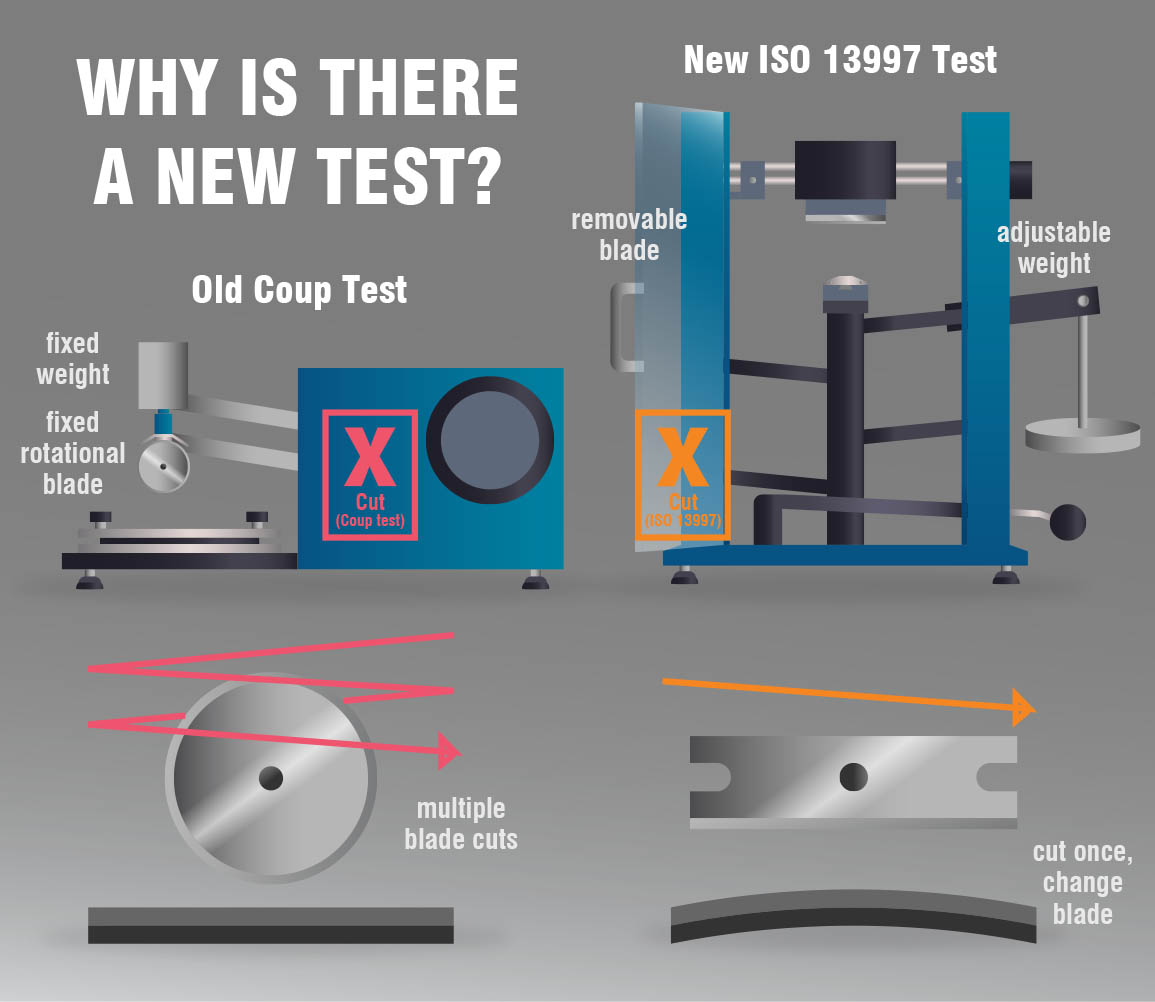 The old test (Coupe test) (now clause 6.2 in EN388:2016) used a rotary blade which ran over the glove with 5N (Newtons) of force. This was acceptable for gloves that did not blunt the rotary blade however it did not give accurate score ratings for gloves that blunted the blade.The new test (ISO 13997) (now clause 6.3 in EN388:2016) is designed to give a more accurate result and allows for the recognition of higher degrees of cut resistance. It achieves this by changing the blade after every cut and using variable levels of force (N) applied to the blade rather than just the 5N in the old test.The cut score on the new test uses letters rather than numbers. The new levels go from A to F, with A being the lowest level of protection and F scoring the highest.The marking on the glove will appear as EN388 4.X.4.4.F (X meaning not tested to the old test or blade was blunted during testing and testing was stopped before completion).Unfortunately as this is a completely new test there is no accurate correlation as to what "new" score an "old" glove will get.As yet there is no definitive wording on the 6 levels but we expect it to be:Level A - Low Cut levelLevel B - Low/Medium Cut levelLevel C - Medium/High Cut levelLevel D - High Cut levelLevel E - Very High Cut levelLevel F - Ultra High Cut level